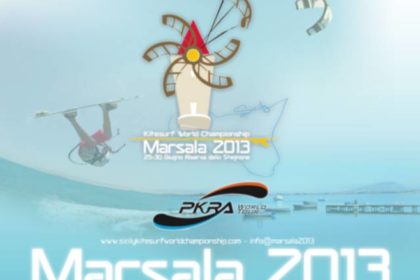 It was made official, in Marsala, the assignment of the third and only Italian stop of the Kitesurf Freestyle World Cup, which will take place in the coastal village 25 to 30 June, within the events planned for “Marsala Wine City 2013”, the prestigious title awarded by “Recevin”, the network of geographical reality in the most important wine-making vocation of the Old continent. To decide was the PKRA (Kiteboard rider association), corresponding to FIFA for football, which manages the Freestyle discipline for over twelve years, and is directly recognized by the International Class of Kiteboard, IKA.

Kite surfing is practiced with a small table (kiteboard), driven by a large kite gliding on the water at high speeds up to 100 km per hour. Is divided into various disciplines: Slalom, Wave Riding the Speed (speed events), the Racing and Freestyle which is preferred by young people. In the latter category athletes (kiters), challenge each other in head to head, in a district, in front of five international judges, performing jumps, high as twenty meters, and spectacular developments. You, including water sports related to the wind, the one that has had a greater increase of fans and the public in the last decade. 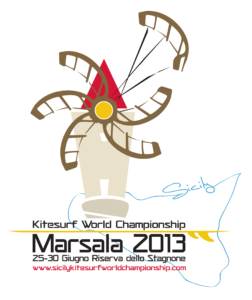 The Stagnone lagoon, which overlooks the island of Mozia, on the coast of Marsala is considered for its shape and strength of the wind a great race circuit. Back in 2007 he was chosen to host a stage of the world and, in 2013, was confirmed by the PKRA, in response to the request of the three kite circles, Le Vie del Vento, Sicily Kite School, Sicily Kite Lounge. The same ones who had the honor to train as an athlete, the singer Gianna Nannini.

The organizational aspects of the stage have been entrusted to S.I. Events that will work with the town of Marsala. The World in addition to competitive activity will be for five days a continuing evolution of initiatives related to extreme sports, set within a shopping village with a hospitality area of ​​about 8000 square meters and artistic performances and music from 10.00 till 02.30 am. These include: bikini contest, fitness, climbing, beach volleyball, fashion shows and live concerts.

The event will be presented in Milan, the BIT, the stand of the City of Marsala, next February 14 in the presence of journalists from tourism, wine and food, sports and opinion leaders.

During the conference presentation that was held at the Monumental San Pietro di Marsala he was presented the spot of Sicily Kitesurfing World Cup Freestyle, conceived by filmmaker Fabrizio Inserillo already backstage operator last advertising campaign of a known telephone company, turned in Sicily with Raul Bova and Teresa Mannino. Of the “showreel” protagonists are the Sicilian kiters, Maria Piscopo, Italian champion of Freestyle and Slalom European and Helena Rizzo, Ferrara transplanted in Marsala for kite surfing.